Teach Children About Their Feelings 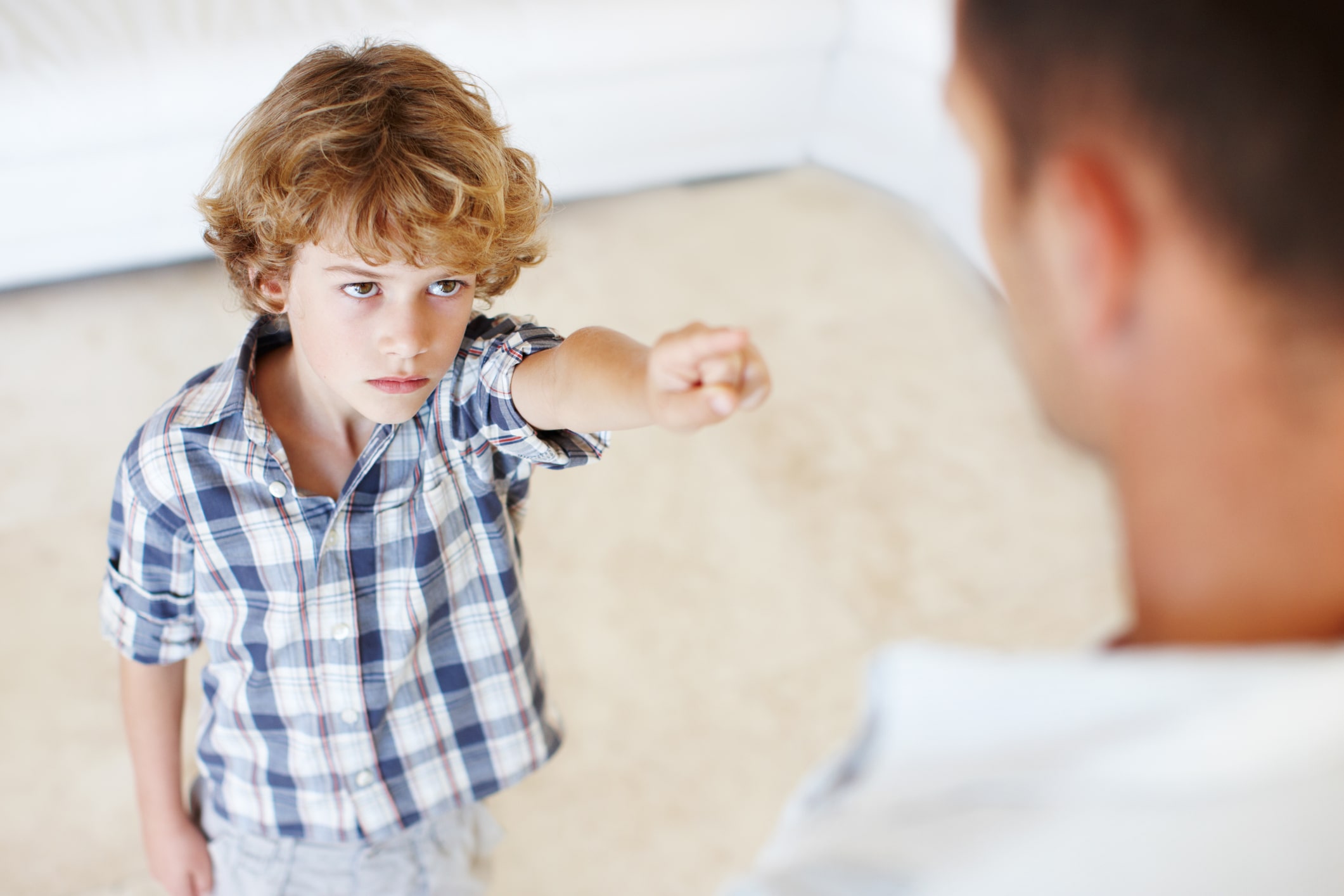 Feelings are complicated, especially for a 4-year-old who doesn't understand why you won't let him eat another cookie an 8-year-old is upset that you got called into work and you have to leave the playground early.

It's hard to teach children about feelings because it's a fairly abstract concept. It's hard to describe how it feels to be sad, scared, or excited.

It's important to begin teaching children about their emotions as early as possible since their feelings affect every choice they make. Children who understand their emotions are less likely to act out by using temper tantrums, aggression, and defiance to express themselves.

A great way to help children learn about feelings is to discuss how various characters in books or TV shows may feel. Pause to ask, “How do you think he feels right now?” Then, discuss the various feelings the character may be experiencing and the reasons why.

Talking about other people's feelings also teaches empathy. Young children think the world revolves around them so it can be an eye-opening experience for them to learn that other people have feelings too. If your child knows that pushing his friend to the ground may make his friend mad and sad, he will be less likely to do it.

Create Opportunities to Talk About Feelings

Show children how to use feeling words in their daily vocabulary. Model how to express feelings by taking opportunities to share your feelings. Say, “I feel sad that you don’t want to share your toys with your sister today. I bet she feels sad too.”

Each day, ask your child, “How are you feeling today?” With young children, use a simple chart with smiley faces if that helps them to pick a feeling and then discuss that feeling together. Talk about the types of things influence your child’s feelings.

Point out when you notice your child is likely feeling a particular feeling. For example, say, “You look really happy that we are going to be eating ice cream,” or “It looks like you are getting frustrated playing with those blocks.”

Teach Your Child How to Deal With Feelings

Children need to learn that just because they feel angry doesn’t mean they can hit someone. Instead, they need to learn anger management skills so they can resolve conflict peacefully. Proactively teach your child how to deal with uncomfortable emotions.

Encourage your child to take a self-timeout. Encourage them to go to their room or another quiet place when they get upset. This can help them calm down before they break a rule and get sent to timeout.

Teach your child healthy ways to deal with sad feelings as well. If your child feels sad that his friend won’t play with him, talk about ways he can deal with his sad feelings. Often, children don’t know what to do when they feel sad, so they become aggressive or exhibit attention-seeking behaviours.

Reinforce good behaviour with a positive consequence. Praise your child for expressing his emotions in a socially appropriate way by saying things such as, "I really like the way you used your words when you told your sister you were mad at her.”

Another great way to reinforce healthy habits is to use a reward system. For example, a token economy system could help a child practice using his healthy coping strategies when he feels angry instead of becoming aggressive.

If you tell your child to use his words when he’s angry but he witnesses you throw your phone after a dropped call, your words won't be effective. Model healthy ways to deal with uncomfortable emotions.

Point out times when you feel angry or frustrated and say it out loud. Say, “Wow, I’m angry that car just pulled in front of me.” Then take some deep breaths or model another healthy coping skill so your child can learn to recognise the skills you use when you feel angry.

You're going to need to work with your child on emotions throughout his entire childhood, including the teen years. It's important to continue to have ongoing conversations about how to handle emotions in a healthy way.

When your child makes a mistake, by breaking something out of anger or by giving up when he's frustrating, consider it an opportunity to teach him how to do better next time. Look for teachable moments (and keep in mind there will be plenty of them) to help him find healthy ways to cope with his feelings.

Use A Token Economy System

A token economy system is one of the fastest and most effective ways to get children to follow the rules. Similar to a traditional reward system, children earn tokens throughout the day. Then, tokens can be exchanged for bigger rewards.

Although sticker charts work well with preschool-age children, a token economy system will work best with older children. Whether you want to get your child to do their chores, follow directions at school, or refrain from hitting when he's angry, reward systems are effective discipline tools.

How to Create a Token Economy System

Sometimes parents create very complicated systems that are hard for children to understand and difficult for parents to manage. It's important to keep a token economy system simple so that both you and your child will stay motivated.

Here's how to create your token economy system:

Token economy systems often take a bit of trial and error. Perhaps you made the rewards too easy to earn. Or maybe, your child just isn't motivated by the rewards you're offering.

If it isn't working to change your child's behaviour, don't give up or get rid of the reward plan altogether. Often, just a few small changes can make a big difference in helping your child change his behaviour.

Sometimes, behaviours get a little worse before they get better. Your child may have some difficulty adjusting to any new discipline strategies that you start implementing. So, make sure you give your plan plenty of time before you make any major changes to it.